The Field of Renewable Energies from WCO Experts 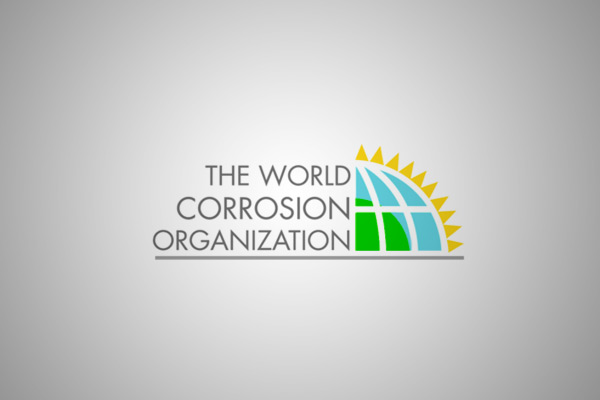 The World Corrosion Organization (WCO) offered its forum covering the work that the group has been focusing on for the corrosion mitigation community in the past year, including virtual workshops during 2021, and what they will be working on in the upcoming year.

Corrosion is a concern not only for transportation, such as ships and bridges, but also for assets pertaining to energy, including nuclear, solar, and sea water turbines. Moderated by WCO President Damien Féron, this year’s forum was called “Corrosion in Low-Carbon Energies (Renewables, Nuclear, and Carbon Capture).” It began with welcome addresses from Willi Meier, WCO director general, out of Frankfurt, Germany, and George Hays, WCO director, United Nations (UN) relations, out of New York City, New York.

Féron set the scene for the day’s discussions by giving an overview of corrosion and low-carbon energies as proposed by the Intergovernmental Panel on Climate Change of the UN (e.g., renewable energies, nuclear energy, and carbon capture and storage) as opposed to “green” energies as described in media (e.g., environmentally friendly, sustainable, and renewable) and also principles of green chemistry.

The presentations included an overview of solutions using the hydrogenation of CO2 from Professor Günter Schmitt; corrosion issues in nuclear energy as a green option (as opposed to wind and solar) from Dr. Raul Rebak; components in the CO2 stream that are corrosive to materials used in carbon capture utilization and storage technology applications from Dr. Ralph Bäßler; atmospheric chemistry and corrosion in photovoltaic systems from Dr. Polina Volovitch; and experimental reactors in fusion coolant circuits (versus coal energy) from Professor Digby MacDonald.

The session ended with the speakers giving a conclusion of green energy resources from the international community in a panel format. 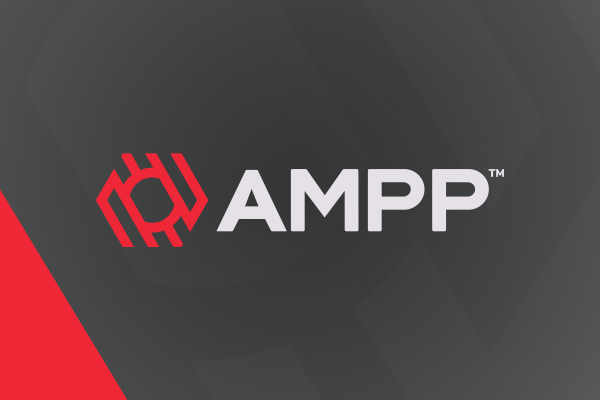 AMPP’s FirstService team will be hosting an array of short tutorials throughout the first week of conference. 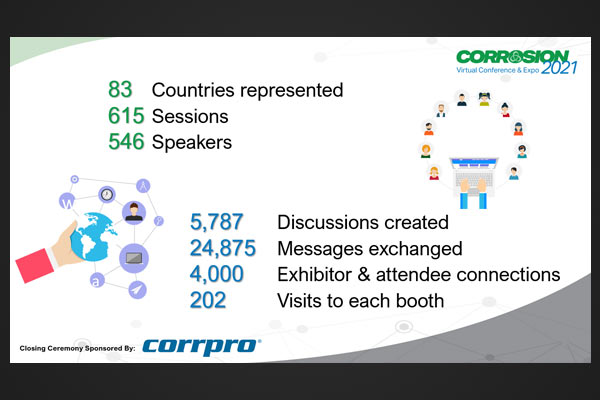 After a full two weeks of virtual forums, meetings, workshops, courses, the exhibition, and more, the CORROSION 2021 Virtual Conference & Expo was celebrated on the afternoon of April 30 with a closing ceremony. 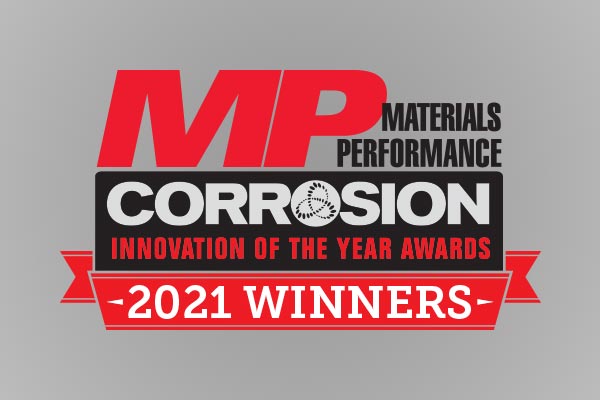 Materials Performance (MP) magazine is honoring 10 winners of the 2021 MP Corrosion Innovation of the Year Awards in a special ceremony on Monday, April 19 from 1 to 1:30 p.m. CST.