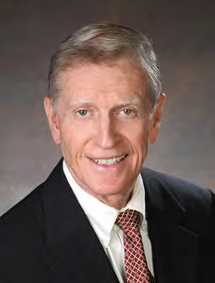 Dr. Hartt received a Bachelor of Science degree from Virginia Tech in 1961 and PhD from the University of Florida in 1966, both in metallurgical engineering. Subsequent to two years at the Army Materials and Mechanics Research Center, he joined the Department of Ocean Engineering at Florida Atlantic University, where he served as Director of the Center for Marine Materials and is now Professor Emeritus. Dr. Hartt has been a member of NACE International for 51 years and has chaired what was the Cathodic Protection in Sea Water and Corrosion in Concrete Materials Committees. He has published more than 200 papers in either journals or conference proceedings and has been designated a NACE International Fellow and recipient of the Frank Speller Award. Dr. Hartt continues to serve as a consultant to government and private sector entities.

The inception of post-tensioned (PT) concrete dates to less than one century ago, and the technology has subsequently evolved in response to integrity issues as these have been identified. While individual high-strength steel wires or threaded bars are sometimes employed, spiral wound seven wire strand conforming to ASTM A416 in plastic duct is more common. The focus here is upon PT in concrete bridge structures where there is an array of ducts within concrete segments, each with multiple strands that, subsequent to stressing, are grouted. This results in compressive stresses in the concrete at locations that otherwise would be in tension and subject to cracking. Particular attention is given to causes and occurrences of wire and strand corrosion and resultant tendon failure. Such corrosion most commonly occurs from bleed water, water entry through grouting ports or deck drains, or the presence of what has been termed “soft grout;” that is, grout that is segregated and moist with the presence of free water and relatively high sulfate concentrations. Tendon failures in the latter case have been reported as soon as two years post-construction. In response to this, a modeling approach that projects the onset and subsequent rate of wire and strand fractures and tendon failures, given statistics for individual wire/strand corrosion rate, is described along with the role of influential factors. A foremost challenge moving forward is the development of technologies for, first, identifying and quantifying corrosion damage and, second, controlling any ongoing corrosion. Approaches for accomplishing this are described.

The Whitney Award recognizes public contributions to the science of corrosion.

The Speller Award Lecture recognizes contributions to the practice of corrosion engineering.

The Whitney and Speller Award lectures are selected in late 2020. For a complete listing of the award winners, see the February 2020 issue of Materials Performance or visit www.nace.org.